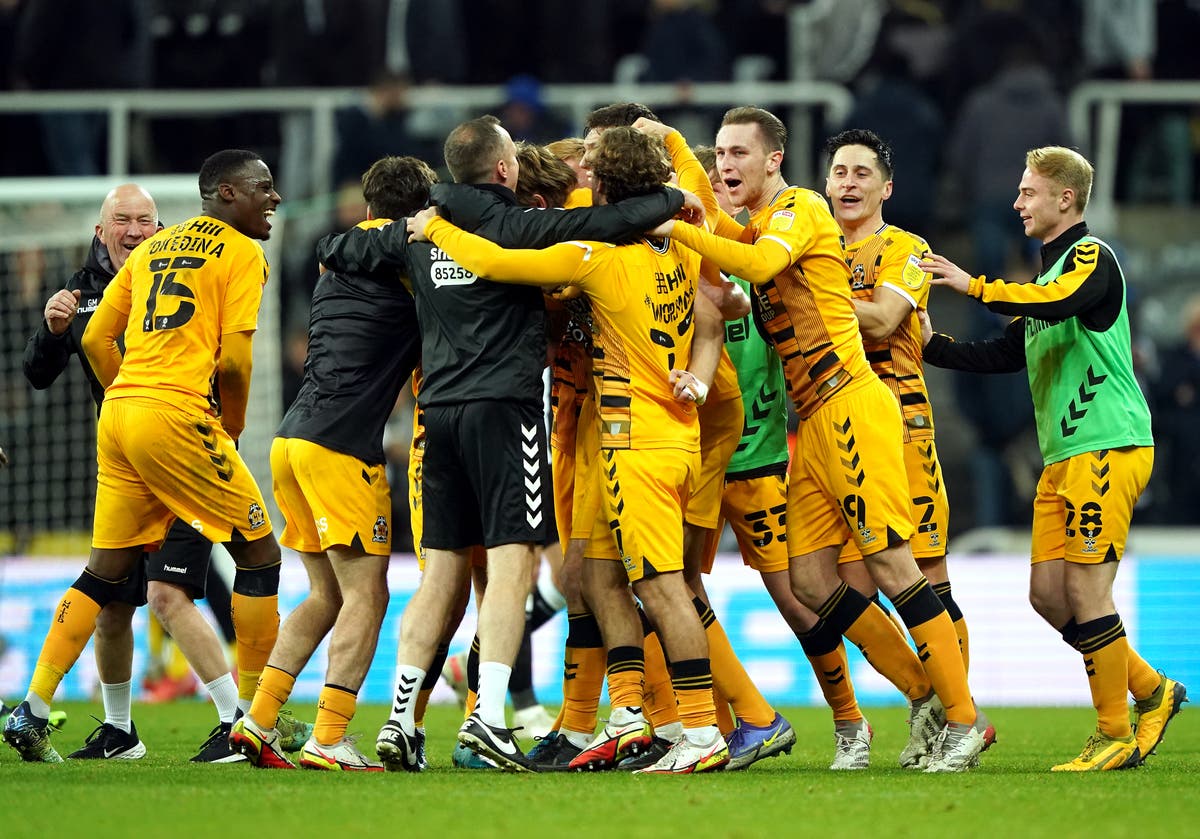 Cambridge and Kidderminster pulled off major giant killings in the FA Cup this weekend.

Here the PA news agency takes a look at five things we learned from the action.

The FA Cup is still magic

The magic and romance of the cup is alive and well. Cambridge topped the list of headline makers on Saturday with a stunning win away at Newcastle For the visitors, who sit in 16th place in League One, it proved to be a famous afternoon as they booked a place in the fourth round in fairytale fashion, with goalkeeper Dimitar Mitov producing a string of fine saves to preserve the lead given to them by Joe Ironside. Elsewhere, non-league Kidderminster came from behind to dump out Reading, Huddersfield won at Burnley and Nottingham Forest knocked out Arsenal National League leaders Chesterfield scored away at European champions Chelsea, while Morecambe and Shrewsbury led at Tottenham and Liverpool respectively.

At 17 years and 96 days old, Gordon became Liverpool’s youngest ever goalscorer in the competition when he turned and swivelled a brilliant equaliser in front of the Kop in the 4-1 win. Gordon stepped into Mohamed Salah’s position on the right side of Liverpool’s front three. A daunting prospect, perhaps, but one which the confident and direct forward relished. The goal was a memorable moment for the highly-rated player, who was described as having “fire in his boots” by Liverpool assistant manager Pep Lijnders.

Arsenal’s only chance of silverware is now in the Carabao Cup after Lewis Grabban’s late strike stunned Mikel Arteta’s side as Nottingham Forest dumped the Gunners out of the competition again. Arsenal, 14-time winners, produced a disjointed performance which got what it deserved, with Forest more than matching the visitors to continue their upward curve under Steve Cooper. Four years ago managerless Forest beat the Gunners 4-2 in the third round as Arsene Wenger’s reign meandered towards its disappointing conclusion. Without European football and off the pace in the Premier League title race, it now puts huge pressure on Arsenal’s League Cup semi-final against Liverpool.

With the tie against Chesterfield coming in between the Carabao Cup semi-final games, and on the back of a hectic Christmas schedule, Thomas Tuchel might have been forgiven for resting many of his star players. However, despite there being 91 places between the two teams in the football pyramid, the Chelsea boss paid the National League leaders the utmost respect by fielding a side that included Hakim Ziyech, Christian Pulisic, Timo Werner, Romelu Lukaku, Mateo Kovacic, Callum Hudson-Odoi and Saul Niguez, showing just how seriously he is taking the competition.

With Callum Wilson injured, it fell to Allan Saint-Maximin to lead the line against Cambridge. But the Frenchman is not a natural replacement – even if he relished a free role through the middle under predecessor Steve Bruce. Jacob Murphy and Ryan Fraser also had spells up front but Mitov was in fine form and Newcastle never really looked like getting back in the game. Yasir Al-Rumayyan, Amanda Staveley and Mehrdad Ghodoussi were all watching on from the directors’ box and will have noted that bringing in a striker this month must now be a priority.