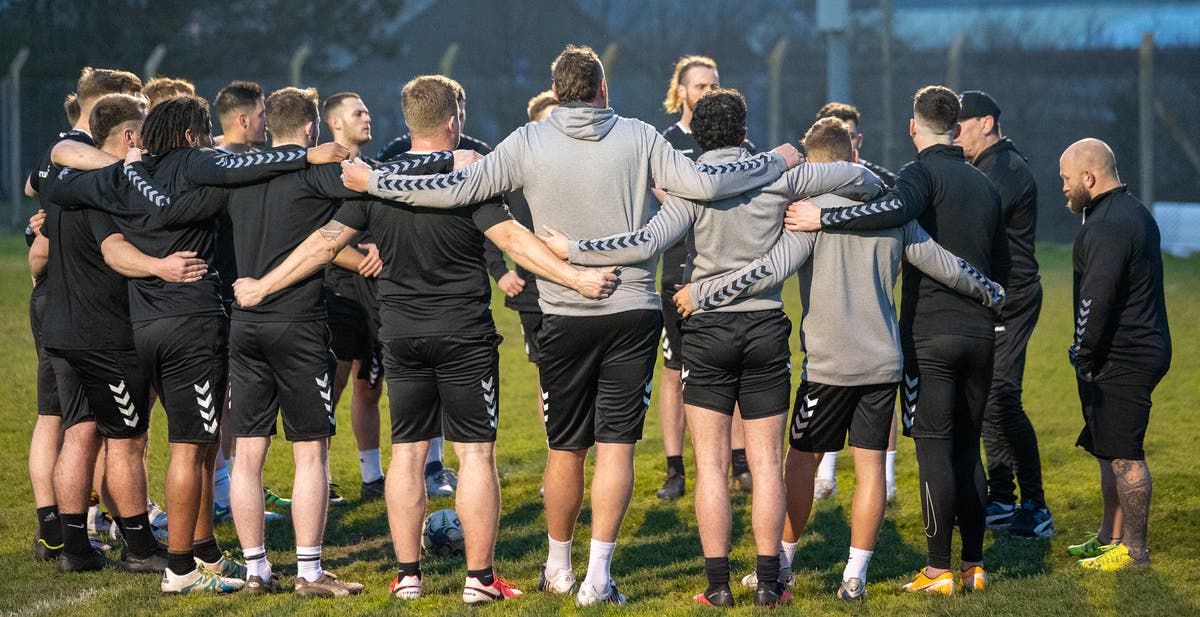 Veteran coach Neil Kelly admits he will be “winging it” in the early days as he looks to establish professional rugby league in the union hotbed of Cornwall.

The former Dewsbury, Widnes and Leigh boss, once Super League coach of the year, is four months into his appointment with rugby league’s newest club, Cornwall RLFC, who play their first match in Betfred League 1 on Saturday against North Wales Crusaders in Colwyn Bay.

Kelly has assembled a 24-strong squad, largely from rugby union with a remit to focus on local players.

And the 59-year-old admits it has not been plain sailing as he attempts to break down century-old barriers.

“We’re still meeting some of that mistrust under the surface,” he said. “It’s almost taken me back 30 years to when Jonathan Davies signed from rugby union.

“But Penryn have been very welcoming and there’s only a little bit of an overlap. There are areas where we can work together. I don’t see a conflicting situation.”

Kelly will be without several of his “converts” for the opening game as they complete their commitments with their current rugby union clubs and he will rely heavily on the rugby league nous of former Widnes, Huddersfield, Leeds and Toronto forward Anthony Mullally, the squad’s most experienced player.

Kelly, a former Wales national coach who has worked in rugby union in such far-flung places as America, Namibia and Ulster, was a teacher at Airedale College, near Castleford, when he spotted the exciting opportunity created by Canadian entrepreneur Eric Perez, the man who founded Toronto Wolfpack.

“Coming down here is all about the experience, it’s not about financial reward or anything like that.

“I’ve never been involved in a development club before and the prospect of developing a team basically in my image is what attracted me to it.”

Kelly, who has moved down to live in Truro, is preparing to put down roots and is confident the owners are also ready for the long haul.

“We’re starting off very modestly,” he said. “I didn’t want to come down here and commit to the project if Eric was going to pull the carpet from under us but he’s he’s assured me he’s here for the long term.

“My task, as well as coaching a team, is to put a structure in place. Ideally we won’t be too far down the track before we’re trying to create a youth system, getting a second team and expanding on the playing side of the club.

“It might be 10 or 15 years away but in time we’ve got to be talking about getting the sport played in the schools.

“There’s a plan to have a new stadium here, millions of people come down here and millions live here so the supporter base is quite strong.

“I don’t like the word franchising but, if ever there was a restructure of the league, Cornwall would be in a very strong place to put a franchise bid in. It would be ready-made.”

Cornwall’s first home game will be against Midlands Hurricanes (formerly Coventry) at the Memorial Ground in Penryn on Sunday week but, more immediately, Kelly’s task is to ensure his players are as best prepared as they can be for Saturday’s historic trip to north Wales.

“It’s not ideal,” he said. “We’re going to be winging it in the first few weeks, hoping that players don’t get injured. It’s a bit of a challenge there. We’ve got contract offers out to a few other players as well.

“We’re about six weeks behind everybody else – we’ve only been training eight weeks – and for the vast majority of our players this will be their first professional rugby league.”

The Blades take on Nottingham Forest in the Championship play-off semi-finals. The Independent – Huddersfield…

The south-coast rugby league side play their first Betfred League 1 match this weekend. The Independent – Huddersfield…