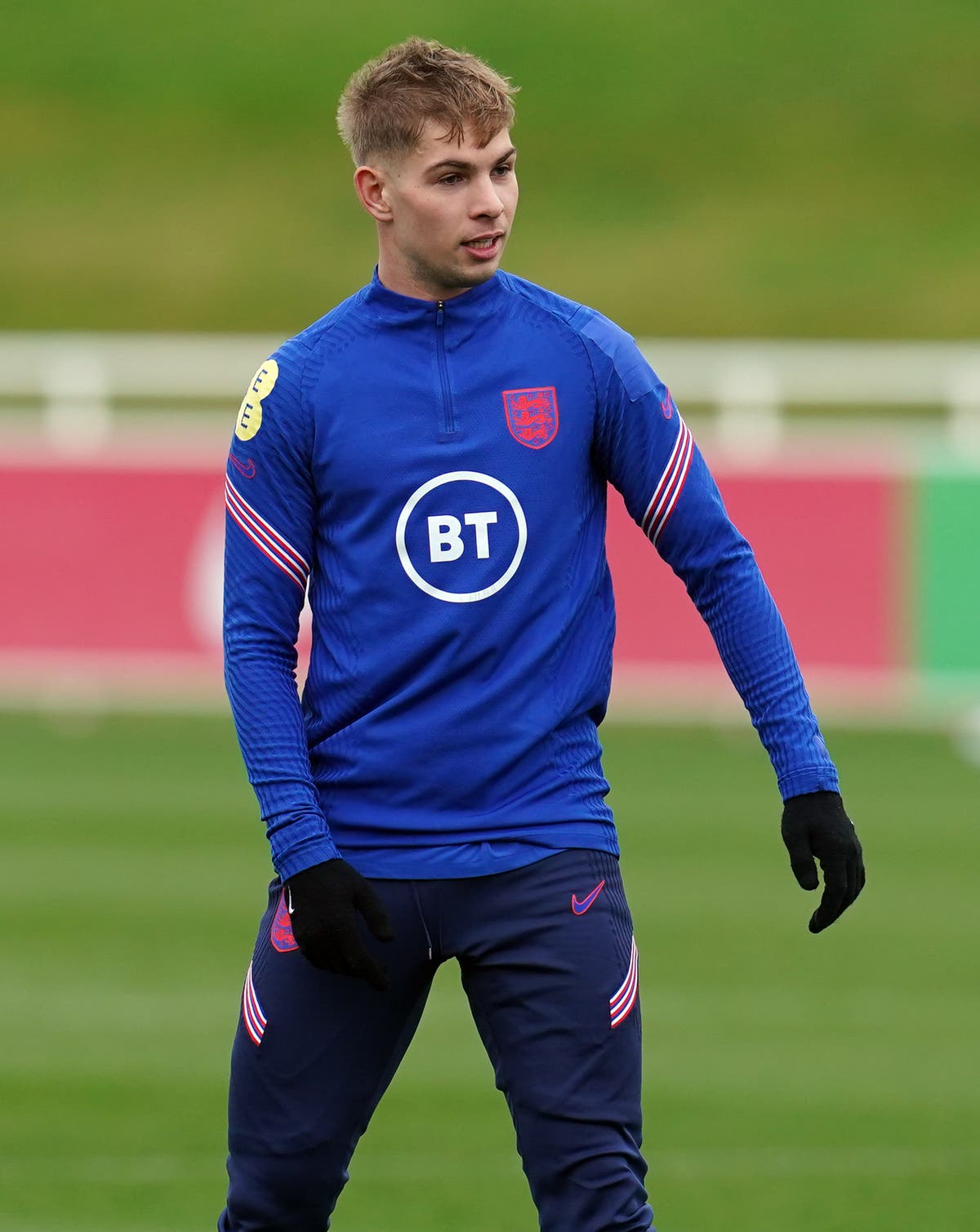 Emile Smith Rowe has revealed Arsenal organised a private chef to be used at his home to change his poor diet – and it proved to be a recipe for success as he earned a first England call-up.

The 21-year-old has scored five goals in his last eight games across all competitions, including the winner against Watford on Sunday.

Smith Rowe originally missed out on a place in Gareth Southgate’s squad for the upcoming World Cup qualifiers against Albania and San Marino before being promoted from the Under-21s following the withdrawals of James Ward-Prowse and Marcus Rashford.

He has flourished at Arsenal under Mikel Arteta but the Gunners boss revealed last week that a change in lifestyle was required to improve his performances.

“You have to make him aware of that, you cannot give percentages away that can make big differences and he has changed that,” the Spaniard said at the time.

“Credit to him and obviously the staff here that are all the time monitoring and build that education with him and he’ll only get better.

“I’m pleased that that is developing. He still needs to develop more in other areas as well.

“He has changed the way he is living as well a little bit and some of the habits that he had and he’s been superb.”

While Arteta would not be drawn into any further detail, Smith Rowe spoke openly about the issue following his first training session with the senior England squad.

“I think what he was talking about was my diet, I didn’t used to eat that well to be honest,” the former Huddersfield loanee revealed.

“I used to get cramp after 60 minutes and stuff. I wasn’t eating great, I wasn’t drinking that well, before games I wasn’t really that hydrated but since then I’ve tried to focus so much on it.

“My family have helped me a lot in the house as well, cooking for me. It was mainly my diet, nutrition and stuff like that. That’s really helped me.

“The club have sorted me out a chef and stuff, they come to my house now.”

Smith Rowe also revealed his particular vice: “I’ve tried to cut out chocolate and takeaways as much as I can. I’m always eating from home now.

“He (the chef) has got a couple of pasta dishes and that’s good. Carbs and stuff. I didn’t used to like fish but now I’m into it. Salmon and stuff.”

Smith Rowe could become the fourth member of England’s Under-17 World Cup-winning squad from 2017 to earn a senior cap.

He will join Phil Foden, Jadon Sancho and Callum Hudson-Odoi in making the step up, having roomed with the former while with the Under-17s.

“We were looking at the photos earlier actually from our Under-17 days. We were laughing at our haircuts,” revealed Smith Rowe.

“Watching the other boys and seeing what they were doing always gave me that extra motivation.

“If you work hard, good things will happen. That’s what you have to do. All the ups and downs, try to stay positive. I’ve always had good people around me – that was the best thing.”

Smith Rowe is close friends with Arsenal team-mate Bukayo Saka with the club’s supporters now singing a chant based on the two academy graduates.

“Me and Bukayo are always laughing about it and sometimes it gets played in the changing room, some of the lads are making a joke about it,” he added.

“It’s funny but I didn’t think the fans would have made a song about us, to be honest.”

Asked about Saka missing the decisive penalty in England’s Euro 2020 final loss to Italy, Smith Rowe replied: “I tried to give him some space at first. He obviously had his holidays and stuff. After a couple of weeks, I sent him a message.

“It was obviously hard to see one of my closest friends at Arsenal. It was tough to watch definitely. But when he came back, everyone got around him.

“No-one spoke about it. We tried to forget about it and move on and focus on the season. But Bukayo is a strong person and he’ll bounce back – and he has definitely already.”