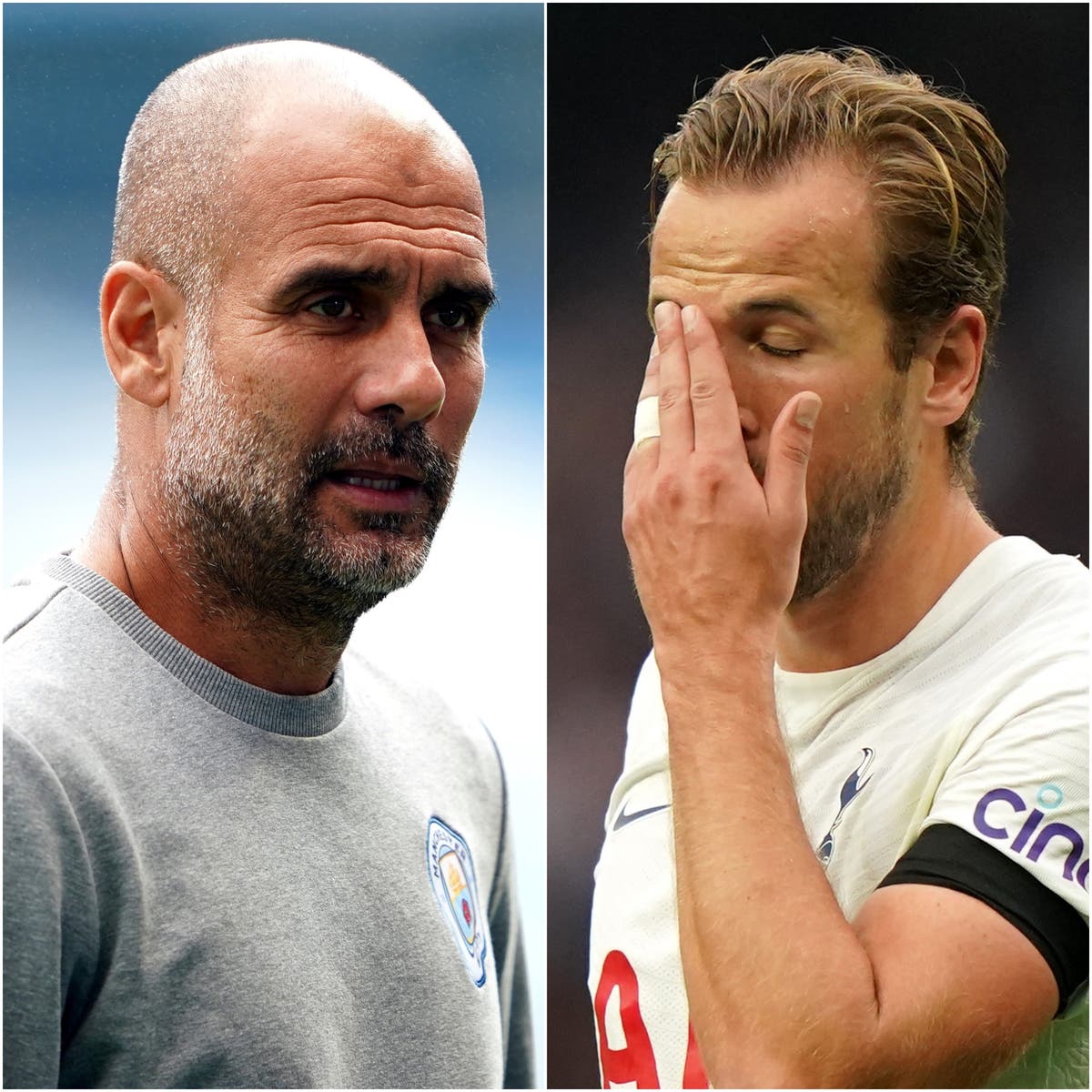 Some of the Premier League’s biggest names were kept quiet in front of goal this weekend as Manchester City toiled against Southampton and Harry Kane went a fourth game without a goal.

City had only one shot on target in their goalless draw, and that in stoppage time – only the third time under Pep Guardiola’s management they have been so futile in front of goal.

They spent the summer in pursuit of Tottenham striker Kane but he too has struggled since and was anonymous in the 3-0 loss to Chelsea. Here, the PA news agency assesses the high-profile struggles.

Guardiola admitted he felt “a bit guilty” after City failed to put on a show for their fans against Southampton, equalling their fewest shots on target since his 2016 appointment.

They had not tested Alex McCarthy until substitute Phil Foden’s effort beyond the 90-minute mark, with Raheem Sterling’s follow-up shot – and goal – chalked off by the offside flag.

Only in last season’s 1-1 draw with Leeds, when Sterling’s goal was their lone shot on target, and 2017’s goalless stalemate with Stoke have Guardiola’s side previously struggled to that extent.

There have been 20 other games with three or fewer shots on target for Guardiola’s City, while at the other end of the scale they have hit double figures on 29 occasions, peaking with 14 in August 2018’s 6-1 win over Huddersfield.

Their average under Guardiola is 6.3 shots on target and Saturday’s game appears a minor blip – their 16 total efforts took them to 100 for the season, behind only Liverpool’s 125 in this season’s top flight, while they had eight on target in their 1-0 win over Leicester and 10 against Arsenal in their second of back-to-back 5-0 victories.

It is worth noting though that the previous nap hand, against Norwich, came on only four efforts on target with the help of Tim Krul’s unfortunate own goal while they lost their opening game to a Kane-less Spurs, again with four shots on Hugo Lloris’ goal.

Speculation over a move to City as a replacement for the departed Sergio Aguero dominated Kane’s off-season, with a delayed return to training before he finally confirmed three games into the season he would be “staying at Tottenham this summer”.

The disruption appears to have had a knock-on effect on him and Spurs despite their opening run of three successive wins, with Kane having just four shots so far and three on target.

Kane’s fifth-minute effort against Chelsea was blocked before he tested Kepa Arrizabalaga in the second half, but otherwise he was kept at arm’s length by a Blues back three who also overshadowed him in the scoring stakes with goals from Thiago Silva and Rudiger.

There are reasons to assume Kane too will snap out of his slump – he had famously never scored a league goal in August until 2018, which did not stop him netting 21, 25, 19 and 30 in consecutive top-flight campaigns prior to that.

It is his longest drought in the Premier League since a five-game run from May to September 2016, more than 150 appearances ago, an undoubted concern for Tottenham and offers little to suggest his desired move would have averted City’s off day.