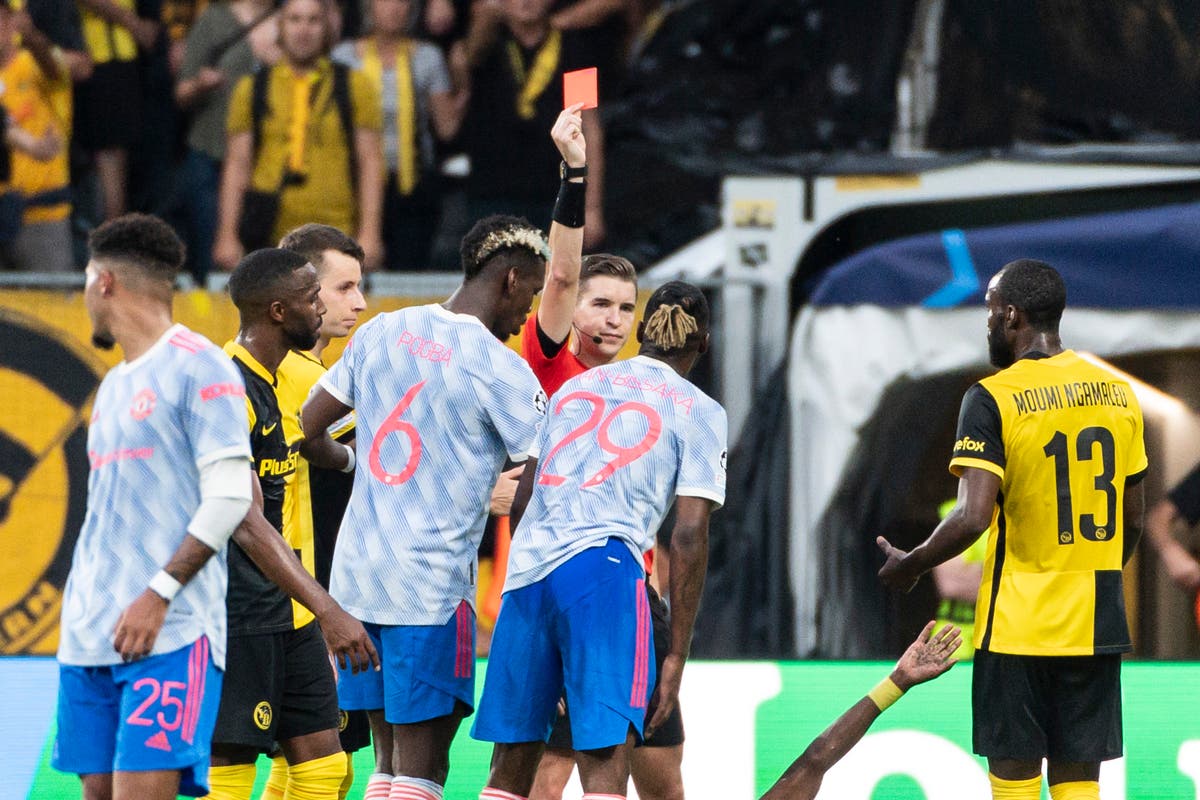 A kind-looking group got off to a nightmare start in Bern as Aaron Wan-Bissaka’s red card changed the dynamics of an opener that began with returning forward Cristiano Ronaldo scoring again.

United had to play a man light for 55 minutes at the raucous Wankdorf Stadion, where David Wagner’s Young Boys put in an impressive display and secured a famous 2-1 comeback win at the death.

“It’s in football in general, not just the Champions League, discipline is a huge part of the game,” Solskjaer said.

“Aaron’s normally a very, very astute tackler – one of the best in the world. We know we’ve given ourselves a more difficult task than what we did last year but everyone thought we were through after two games last year.

“Of course we’ve lost the opportunity to get three points but we’ve got two home games next and got to focus on them two.

“That’s football for you at the highest level. Lack of concentration, make a mistake and you get punished. You get done.

“We did that last year in Europe. We conceded two sloppy counter-attacks against Basaksehir and we lost that game.

“Today in the last seconds Jesse just wants to play it safe and just one misplaced pass and you’ve conceded a goal. That happens in football.

“In hindsight – Harry hindsight – he’s a very good player so of course Jesse if he can get that chance again he’ll turn and swivel and boot it the other way. We’ll learn from it.”

But the United boss felt Young Boys should have also been reduced to 10 men after Mohamed Ali Camara challenged Ronaldo in the box early in the second half.

“You can never be surprised by the man,” Solskjaer said of the Portuguese, who made a record-equalling 177th Champions League appearance on Tuesday.

“He scores another goal, he should have had a penalty and sending off the other way. He pounced on that mistake.

“He’s exceptional but we have to look after him as well and it felt like the right moment to take him off.

“He shoves him with his arm and it’s clear he’s one on one with the keeper. He’s in front of him.

“But probably didn’t dare do it because he had to send him off then so it would have been difficult. That’s sometimes what you get with young refs.”

While Solskjaer accused Letexier of naivety, he faced a similar accusation after bringing off Ronaldo and Bruno Fernandes – who provided a stunning assist for the former – in the 72nd minute.

“The game had gone 70-odd minutes,” the Norwegian said. “They’ve been running a lot, both Saturday and today.

“The astroturf, of course, takes its toll as well and we wanted Nemanja (Matic)’s experience to keep hold of the ball and Jesse’s legs.”

As United nurse their wounds after a terrible start to Group F, Young Boys fans will be celebrating long into the night after former Huddersfield boss Wagner led them to victory.

“We’ve won a couple of games already, but to beat Manchester United in the Champions League is unique,” he said.

“I’m just really happy for everyone who witnessed it. Every single person here played their part. The lads went above and beyond their limits. That’s only possible with great support.

“We wanted to show our intensity, our aggression and our passion. The lads did brilliantly and deserve huge credit.”