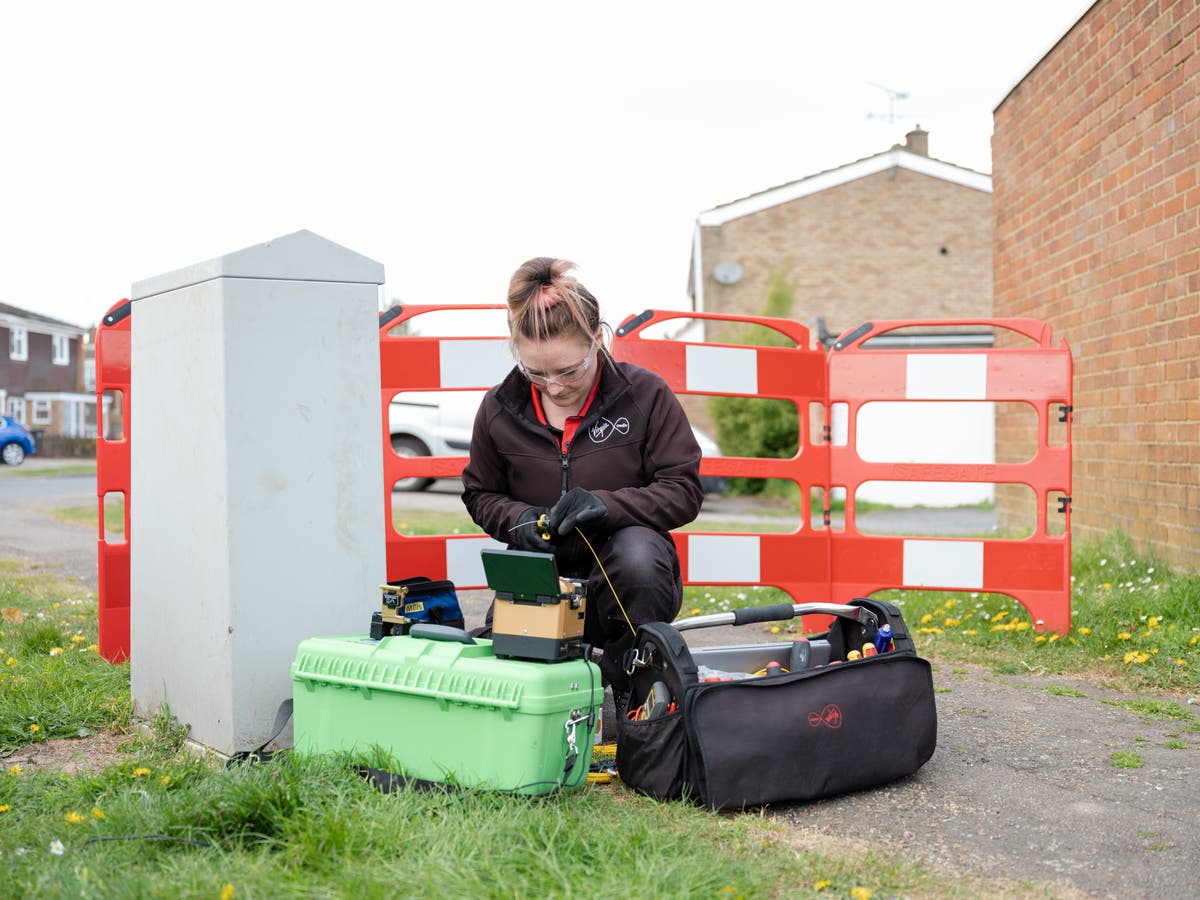 The telecommunications giant is aiming to upgrade its entire network of 15.5 million homes by the end of the year.

The latest switch-on has added a further 1.6 million homes to the firm’s gigabit-ready network, with Bath, Fife, Huddersfield, Ipswich Lancaster Lincoln Salisbury and Slough among the areas to be connected.

The next-generation broadband is seen as vital to support a society that is spending more time online for work, as well as streaming, socialising and gaming – with many homes now doing this across multiple devices at the same time.

The Government has set a target of achieving at least 85% gigabit-capable coverage across the UK by 2025.

Figures published in September by ThinkBroadband show that just over 50% of homes and businesses in the UK can now access a gigabit-speed connection.

Virgin Media O2 chief executive Lutz Schuler said: “We’re making great strides ahead in upgrading the UK and are within touching distance of bringing the benefits of future-proof gigabit broadband to everyone on our network.

“With our gigabit rollout progressing at an unmatched pace, we’re building the next-generation broadband network that’s ready for the technology of tomorrow.”