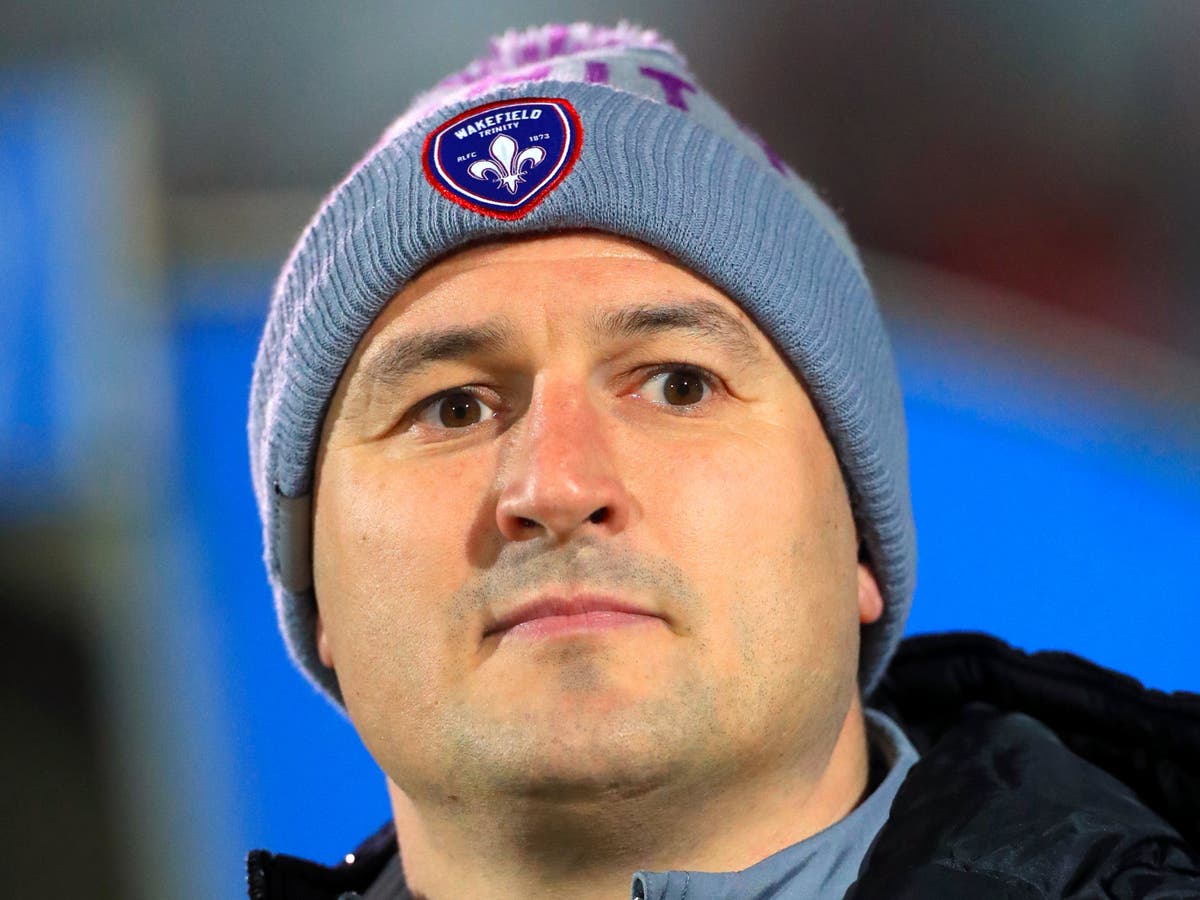 Wakefield chief executive Michael Carter says he received an expression of interest within a minute of announcing the departure of head coach Chris Chester but the club are in no rush to fill the vacancy.

The 42-year-old Chester was appointed as the successor to Australian Brian Smith in March 2016 and led his hometown club to their best-ever finishes in Super League in 2017 and 2018.

But they lost their opening six matches of the 2021 season and Carter says the club were forced to take decisive action after a fifth successive defeat at Huddersfield on Sunday, when Wakefield threw away an 18-0 lead.

Speaking via a zoom call, Carter said: “It was a really tough decision. Of the eight years that I’ve been involved, he’s been here for five and a half of them.

“He came in at a really low point for me personally and for the club and turned us around but for a variety of reasons over the last two years it’s been a tough period.

“I’m incredibly sad to see him go but the board felt that the time was right for change.

“I’ve got nothing to say but good things about Chez. He knows it’s a results-driven business and I think, in the fullness of time, it might come as something of a relief because I know some of the things he’s had to put up with over the last two and a half years and they’re not pleasant.”

Chester was out of contract this year but Carter says he had verbally agreed to stay on for 2022 and says the club will honour his new deal.

“We had had some talks and got to an understanding of agreeing an extension,” he said.

Trinity have appointed Chester’s assistant Willie Poching to the role of interim head coach ahead of Sunday’s home game against Warrington and former Hull boss Andy Last will also stay on the backroom staff.

“Within a minute of the statement going on the website, I had a phone call and I’ve had another one since,” Carter said.

“I guess there will be a couple more coming over the next two days but Willie will lead the club this weekend.

“We’ll have a good sit down tomorrow but Willie’s absolutely in pole position to put his hand up and show us he’s the man. I guess he will play out his CV for real in the next few weeks.

“We’ve nothing to rush for at this moment in time. I have great confidence in Willie and we need to see a reaction from the playing group because ultimately they are the only ones who can change the situation that we find ourselves in.

“As things stand, there is still relegation and we have only four wins out of 17 so we need to start winning games.

“There’s something not quite right within the whole structure at this minute and something had to change.

“There are three things you can change. One is the players, which is a difficult process, another is the board and I’ve yet to find a mad man that wants to fill my shoes or you can change the coach.

“As with everything it’s a gamble, who is to say anyone can come in and do any better but we are hoping for some sort of spark or lift that you see when a change takes place.”

The Premier League champions and the Tottenham striker both failed to score. The Independent – Huddersfield…

As part of this year’s Heritage Open Days, there’s an opportunity to: Delve into the past and meet Sir John William Ramsden as he plans the layout of this historic […] Huddersfield Local History Society …